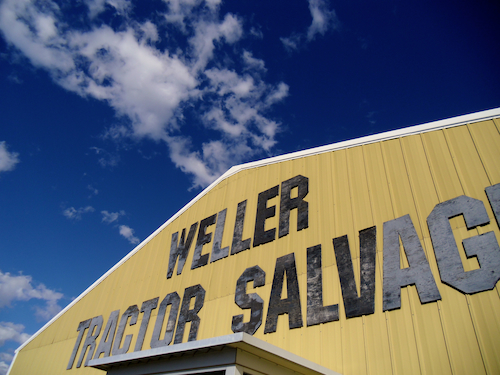 It's All In The Family

We Know What's Important In This Business Because .... It's All In The Family.

When Ralph Weller started in the industrial equipment business in 1960, the most important thing he had to sell was himself--his integrity, his reputation, his word. He had no experience selling equipment. He didn't have an office, he didn't even have any equipment to sell.

What he did have was a handful of John Deere color brochures and the need to make a living for his family. He was 44 years old and had just finished the biggest construction project of his life. He'd built the huge runways designed for the B-52 bombers in Amarillo, Texas, by running men and machines 24-hours a day. Now he was ready for a challenge that would bring him some financial success and a more stable life for his family. He was always a man who dreamed big and he was ready to succeed.

So, armed with those color brochures, Ralph built the largest John Deere industrial dealership in Kansas with divisions in five cities and annual sales in the millions.

He was successful because every person he dealt with knew that Ralph was as good as his word. If he guaranteed it, the customer slept easy because Ralph stood behind his guarantees. He sold machinery sight-unseen because the men & women he was selling to knew they could count on his honesty. He could borrow money with literally no collateral because his bankers knew his word was worth its weight in gold.

We're proud of what our company's founder accomplished and we try to live by his rules every day. You can count on our guarantees because we learned how to do business from a man of character.

BUY YOUR PARTS FROM RALPH'S KIDS